Jeffrey D. Jensen – Jeff earned a BS/BA from the University of Arizona in 2002 in Ecology & Evolutionary Biology and Biological Anthropology, co-advised by Michael Nachman and Brian Charlesworth. He earned his PhD in Molecular Biology & Genetics at Cornell University in 2006, co-advised by Charles Aquadro and Carlos Bustamante, and went on to do his postdoc work as an NSF Biological Informatics Fellow at UCSD and UC Berkeley, advised by Doris Bachtrog, Peter Andolfatto, and Rasmus Nielsen. Jeff founded the Jensen Lab as an Assistant Professor at the University of Massachusetts Medical School in 2009, re-located to the Swiss Federal Institute of Technology (EPFL) in 2011, and in 2016 moved the lab to Arizona State University as a Professor in the School of Life Sciences. googlescholar   pubmed 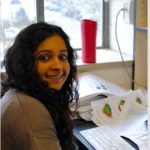 Parul Johri – Parul earned her PhD in the Evolution, Ecology and Behavior Program at Indiana University studying the population genetics of Paramecium species, advised by Mike Lynch. Her work in the Jensen Lab involves population genetic method development, with a focus on the role of non-adaptive forces in shaping patterns of genomic variation. googlescholar   pubmed    website 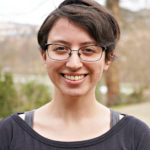 Susanna Sabin – Susanna earned her PhD in Archaeogenetics at the Max Planck Institute for the Science of Human History, advised by Kirsten Bos and Johannes Krause, studying the evolutionary history of human tuberculosis. As a Center for Evolution & Medicine Research Fellow, her work in the Jensen Lab is focused on the population genetics of TB. googlescholar   pubmed 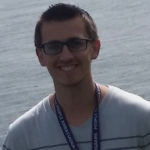 Kellen Riall – Kellen earned a B.S. in Biological Sciences and a B.S. in Biophysics from ASU, and his work in the lab is focused on population genetic inference related to demography.